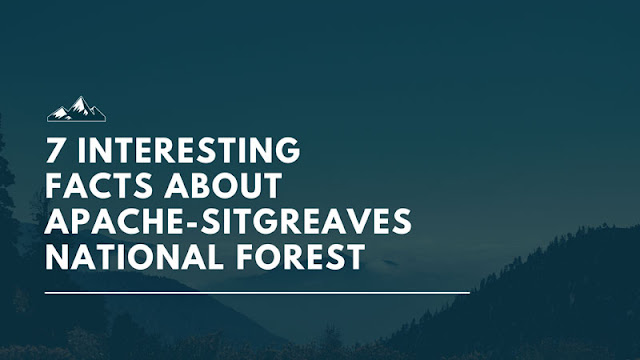 So what makes this forest so interesting? Here are 7 interesting facts about Apache-Sitgreaves National Forest. 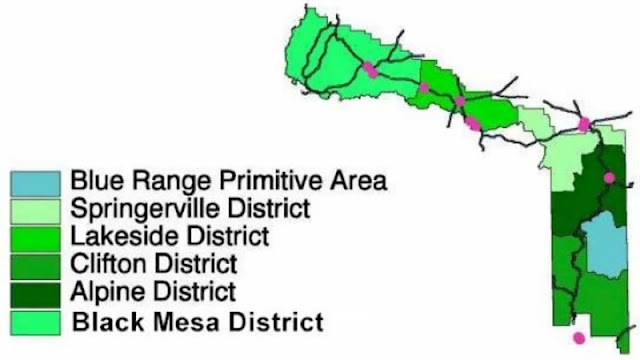 Since the Apache-Sitgreaves National Forest is on one of the wide-span landscapes in the Southwest, you can only expect there to be a difference in elevation throughout the forest. The lowest part of this vast beauty is at 3,500 ft while the summit of Mt. Baldy is a whopping 11,500 feet! While there is no access to the summit of Mt. Baldy due to it being on the White Mountain Indian Reservation, there are numerous trails that are groomed for hiking and horseback riding. One of the more popular trails—Mt. Baldy Wilderness trail—is a 16.5-mile loop and is rated as ‘easy.’ This trail will get you as close to the summit as possible, so prepare to engage your lungs and adapt yourself to the elevation change. 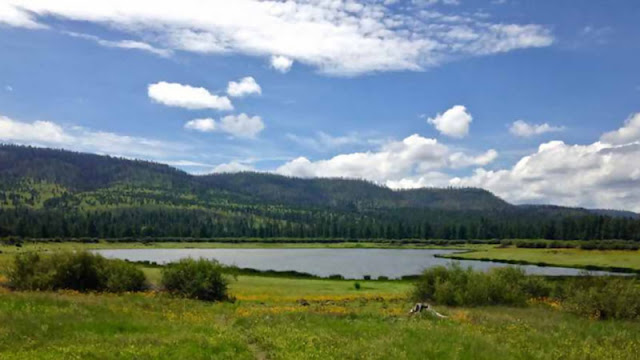 2. There is an Abundance of Water

Don’t let the Arizona desert fool you. The Apache-Sitgreaves National Forest is rich with water sources. It is home to 34 lakes and reservoirs and has over 680 miles of streams and rivers. Some larger rivers that wind through the forest are Little Colorado, Black, and San Francisco. Pop up a tent at over 400 camping locations and enjoy a quiet, relaxing day on the lake with friends and family. It is not difficult to find some source of water, most of the scenic trails are accompanied by at least a stream. It is a true source of beauty! 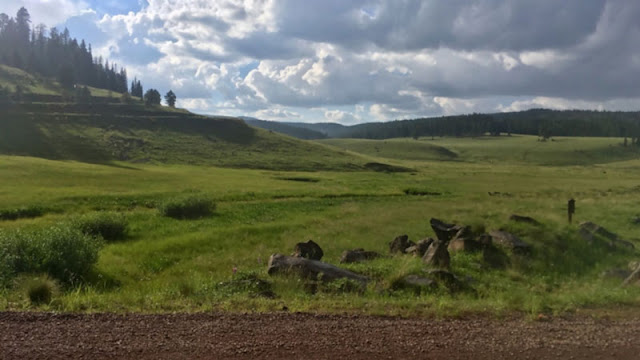 Knowing that there are so many spots that have water throughout the forest, how could it not be a top fishing location in Arizona? The lakes combined boast nearly 2,000 surface acres. Some of the fish that are stocked in the lakes are Arctic Grayling, German Brown, Brook, Apache, and various types of trout. 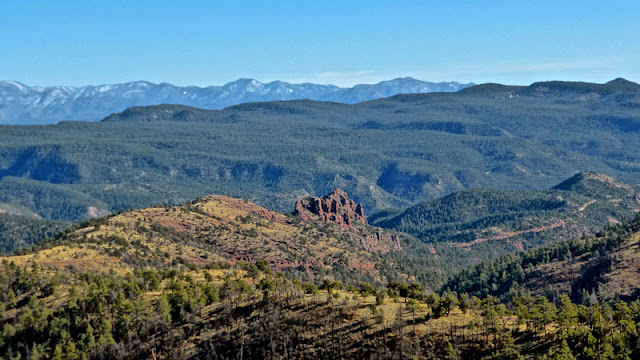 4. The Trails are Endless

Whether you are an expert hiker or just a beginner, the Apache-Sitgreaves offers around 1,000 trails to choose from. Some of the more notable ones include Eagle, Blue Ridge, Escudilla, and General George Crook. These four trails are considered National Recreation Trails. There are barrier-free trails available in the forest including the Mogollon Rim and Pintail Lake Wetland. Most of these trails accommodate bikers and horseback riding in addition to hikers. During your scenic hike, you may encounter wildlife. The forest in Arizona is home to elk, antelope, deer, bighorn sheep, and turkey. Other known mammals that have been sighted are mountain lions, black bears, and the Mexican gray wolf, so be aware of your surroundings always! Kids will enjoy being around the smaller animals that consist of amphibians, songbirds, and reptiles.


5. There are a Handful of Prehistoric Sites

You may notice artifacts scattered through the forest as you venture off onto the long trails or watch the flowing streams. These artifacts are from early settlers, some dating back to almost 12,000 years ago. There are signs of hunter-gatherer and cultivated agriculture similar to Hopi and Zuni. Along the Blue River and the Mogollon Rim, you can find rock shelters and petroglyphs. These markings were left almost 600–900 years ago by the ancestral Puebloans and Mogollon. Once these old settlers left, the Apache tribe called this forest home. After Europeans settled in, groups of fur trappers came followed by Anglo settlers. There was friction between these settlers and the Apache, so the US Army established Ft. Apache to keep both parties at peace. From that moment, other events in U.S. history played out like the mining exploitation and logging railroads. Eventually, everything settled out and today many of the logging railroads are being removed and turned into groomed trails for hiking or horseback riding.


6. It Used to be Separated

Yes, this two-million-acre spread of thick trees and beauty used to be two separate forests. The Mogollon Rim and the White Mountains were combined in 1974 and are now managed as one. The Apache-Sitgreaves is so large that it reaches into the southern edge of Colorado and west-central New Mexico. Inside the two forests, you will find different areas that can be used to track destinations and landmarks. These areas include the Blue Range Primitive Area, Springerville District, Lakeside District, Clifton District, Alpine District, and the Black Mesa District.


7. It is Named After the Founders and Tribes

The two forests were named after their settlers/founders. Once combined, they shared the name and the forest. The Apache tribe was a large part of the history in the forest. Sitgreaves forest was founded by Captain Lorenzo Sitgreaves, a topographical engineer that first ventured through Arizona in the 1850s, conducting scientific research of the area. His expedition was rigorous and time-consuming as it went down the Zuni and Colorado Rivers, Captain Lorenzo Sitgreaves contracted an illness in the line of duty and died in 1888.

Two-million acres is a lot to manage, but it is no secret that the Apache-Sitgreaves National Forest holds some of Arizona’s most beautiful scenery and exciting adventures. See the scalating hikes to nearly 11,500 feet, the hot spot fishing locations, and the petroglyphs of early settlers. With these 7 interesting facts about Apache-Sitgreaves National Forest, you will leave feeling energized and full of new information about its unique history.